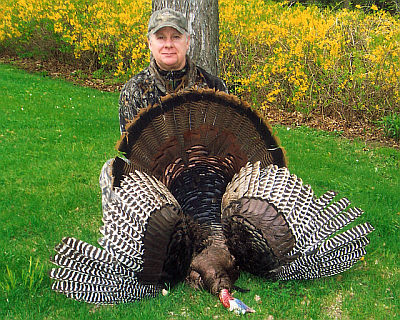 Joe Judd, of Shelburne, Massachusetts, is approaching the 50-year barrier in his hunting career.

At the young age of 66, Joe has now been with the company going on thirty-years as a dedicated pro staff member.

During this journey Joe has pursued everything from Maine Moose to Alabama Mallards, but is best known as an over the edge turkey hunter in New England and beyond! He also cherishes the sports of bowhunting for whitetails and hunting for brush wolf in the winter..

An outdoor writer and seminar speaker throughout the Northeast, his outdoors column and TV show, On the Ridge has been read and watched throughout New England for many years. A much sought-after seminar speaker, Joe enjoys sharing his knowledge and skills with others. He is a 3-time past Massachusetts NWTF State Chapter President, 2013 NWTF Roger Latham Award Winner, and was inducted into the New England Turkey Hunting Hall of Fame in January of 2019.