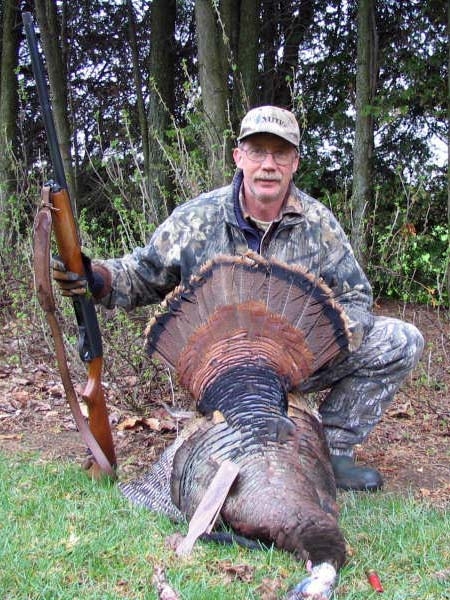 Larry grew up on a farm in southern Ontario. Like any young farm boy at that time he learned to shoot by hunting ground hogs. As a teenager, Larry spent a lot of time with friends and family hunting whitetail deer, waterfowl and rabbits. Upon graduating from the University of Toronto in Forestry in 1973 Larry spent 35 years in various locations in Northern Ontario and Northern Alberta. Hunting continued to be a constant but the quarry changed a little to include moose. Whitetail and waterfowl were still pursued when time permitted. Getting married, raising a family (boy and girl) and making a career in forest management all cut into precious hunting time. With the successful re-introduction of wild turkeys into Ontario Larry took up hunting the big birds about 1996. Wild turkey, moose and whitetail, in that order are the quarry of choice now. Although opportunities to pursue other species are rarely passed up. Now officially retired in Echo Bay, Ontario (Sault Ste. Marie area) Larry has more time to pursue his favorite game species in more locations with many of those special friends and family members.Â Wild Turkey TipÂ When hunting wild turkeys we quite often hunt in pairs. When setting up, one partner will be set up in front with decoys and be prepared to shoot, while the other partner will go behind the shooter about 10 to 20 yards and call. We make sure that we are well-concealed but in each other’s line of sight and establish hand signals to communicate if there are birds coming and whether to continue calling. This has proven to be a very effective technique to fool the wary Tom turkey.