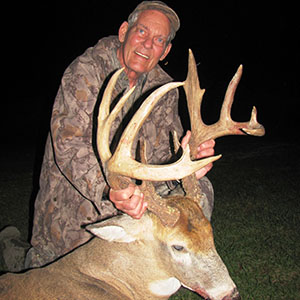 Terry Wunderle is a professional archery coach and outdoor writer. The students he has coached have won over 350 national and world championships. Terry recently released his new book, â€œArchery: Think and Shoot Like a Champion.â€ More information on the book can be found on his website at wunderlearchery.com.

Since a very young boy, Terry has actively pursued his passion for hunting and fishing. Over the years he has harvested more than 60 trophy whitetails that have scored 125 points or better. Terry is also an avid turkey and duck hunter. Being a national and world champion archer, most of his hunting is done with a bow. Terry credits Quaker Boy calls for helping him harvest a multitude of wild game.