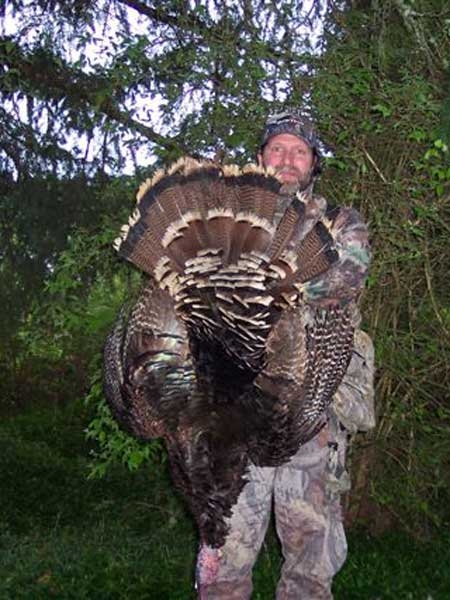 Avid archery hunter for elk, black tail deer, and wild turkey. Salmon, steelhead, rainbow trout, halibut and sturgeon fisherman.  Horse back trail riding, camping and canoeing. Archery target shooting. Duck & goose hunting. Grouse, quail and pheasant hunting are a few of my hobbies and activities and I also enjoy breeding and training Labrador Retrievers. Always spend free time in the wilderness, as I was growing up I hunted the farm fields for small game, trapping muskrats to get money for shotgun shells when I was in school so I could hunt when I came home from school during fall seasons. Started deer hunting at age 14. Became an archer in 1966 bagging whitetail deer with my recurve in the Pine Barrens of New Jersey. We would build our tree stands in the summer out of scrap wood and anticipate October archery season. In December we could hunt deer with shotguns and 00 buck only. I hold both New jersey Firearm safety and bow safety credentials.  Years in Maine were spent hunting whitetail deer with rifle, trapping for a living, fishing and living off the land. Hiking the Appalachian Trail, smelting, collecting fiddlehead ferns was a springtime and summer tradition. Became avid in snowmobiling and running Snowshoe hares with beagles. Moved to Arizona and then Nevada in 1979-1980 following the work as a Journeyman Carpenter. Met Peggy DeBell in Reno 1980. The desert was not in my blood. I missed the north country and I decided to go to Alaska and take Peggy with me where we married in 1984. Years in Alaska were the best. We did everything that was done in Maine with the exception of trapping and the addition of hunting on horseback in the bush for moose, caribou, Dahl Sheep and Bear. We would pack in 20 miles or so and I would shoot ptarmigan with my sling shot for dinner in order not to scare the big game. Went to Hawaii for the winter of 1990/91 and hunted turkey, upland birds of many species. We marlin and tuna fished and also went diving for lobsters. Had a successful contracting business there working in the oil fields. The Halibut and Salmon fishing beyond compare. Became a well known duck & goose hunter in Kenai as for we raised some of the best hunting Labs and sold one to Fred Braun owner of Braun’s Sporting Goods. His sales people use to tell their customers that this is what Tim White uses down on the tidal flats for waterfowl. I had a camo pick up and hunted every morning before work on the flats. My truck was unique and stood out so everyone knew who I was. Got into gold prospecting while in Arizona and really got into gold mining in Alaska. We had 166 claims at one time while being a managing partner in the Seward Mining Coop. Oregon living has brought great pleasure for the hunting and fishing experiences and is the place where I have lived the longest now since moving here in 1991. Had to give up Moose in Alaska for elk in Oregon. I actively seek Elk any chance I get and only hunt remote no access areas with a bow. I have also received the designation of “Oregon Master Hunter.” Once in Oregon I found Turkey Hunting to be an obsession in the spring and fall now too. I supervise State Youth Hunts for turkey yearly since the youth hunt started in 2005. Elk calling and Turkey calling are my passions and I would rather call one of these in for a person you’re hunting with rather then for me. I hunt strictly with a bow these days for elk, blacktail deer and turkey. I came in 2nd place once and 3rd place twice for the Oregon National BlackTail Hunt contests in 2001, 2002 and 2003. Shot my first wild pig with a bow this past April. Have done some writing and had a story published in the Oregon Bow hunters magazine. Field and Stream offered to purchase this story but I failed to follow up on their offer. Another hobby is to make wingbone yelpers out of the wings from turkeys I bagged and donate them to NWTF banquets to help raise funds or give them to turkey hunting friends. Spring turkey season just ended and I don’t know what I am going to do with myself. I guess I better grab a pole and go catch some sturgeon, or maybe some steelhead, or perhaps go to the archery 3D competition shoot this week end. Just try to keep busy until late August when I can mountain bike into the wilderness units for archery Rocky Mountain Elk.